dear reader, today i have for you an Interview with the lovely Actress Minnie Scarlet.

Sebastian Rothe: With Asian School Girls, you did your first major Role in a Mainstream Movie, how did you got this role ?

Minnie Scarlet: It was actually a strange coincidence. They found me initially but I turned the role down–bad timing. A few weeks passed, and then on Twitter, one of my followers responded to a casting call because one of the actors originally cast had been dropped or left. What a huge coincidence that it was the same movie! From that point, I accepted the offer to audition, I gave it my best shot and they liked me.

Sebastian Rothe:  I read in your blog at Rebel Mayhem, that you have to many favorit movies, was that one of the reason to play Vivian in Asian School Girls?

Minnie Scarlet: Before Asian Schoolgirls, my career was mainly adult. I was moving away from non-adult modeling in some ways, but it was very much connected to my image. I didn’t have a problem with that at all personally, but the way the world works, adult work can be extremely limiting. Not that Asian Schoolgirls was a *huge* step up from a lot of previous work I did, but it did point me in a different direction and introduce me to a lot of awesome people.

Sebastian Rothe: I would say Asian School Girls is a Rape & Revenge Movie, did you ever watch other movies of the Genre like i Spit on your grave?

Minnie Scarlet: I did! Honestly, I’m not a huge fan of the way rape is so common in movies nowadays. You are more likely to see a girl tortured and raped than receive oral sex in any given Hollywood movie, with few exceptions. The revenge part is really what sets it apart for me and makes it fun.

Minnie Scarlet: You know, I really tend to stay away from Asian fetishists. It’s just not something I really enjoy or want to cater to. I would do a sequel if there was a level of quality I was promised. But as far as just a part two goes… Not too interested. I enjoyed my time doing the first and don’t regret it though.

Sebastian Rothe:  Asian School Girls had kind of funny and disturbing death Scene, the facesitting neck breaker. But was the most disturbing scene you ever watched in a movie?

Minnie Scarlet: It wasn’t disturbing to me, it was more awesome! If one thing is perfect to me in that movie, it’s watching my friends kill. If that means sitting on their faces and cracking their necks, hell yeah. 😉 All the killing scenes were so fun to shoot. As far as disturbing scenes, I’ve seen some awful stuff ha! I’ve seen the Human Centipede 1 & 2 and it wasn’t even the worst… I really like Masters of Horror though… those are my favorite. There’s a torture scene/storyline in the movie, Imprint, that is unforgettable.

Sebastian Rothe:  You have a short role in Nasty Piece of Work, can you tell us something about your role in this movie?

Minnie Scarlet: I met Sam Aotaki on the set of Asian Schoolgirls. She played Hannah. We are best friends again in Nasty Piece of Work! It was originally Sam’s role, which is way bigger than mine, but she brought me on when they needed someone to be a super tiny part. I have 1, maybe 2 lines. I don’t get to do a huge amount, but I had so much fun with what I did do. I wore an extravagant gown at a fetish ball and had a boy on a leash. It was fantastic!Sebastian Rothe: I’m intressted in your work and i did a research, but what i wanna know, what was the kinkyst thing you did in the front of a camera?

Minnie Scarlet:Hmmm, I’m not sure. It probably happened on one of my cam shows though, lol. The kinkiest stuff always happens LIVE! Otherwise, I just like to use boys as my furniture and props in my photos/films.

Sebastian Rothe:  If you had the chance with which director or actor do you wanna shot a movie?

Minnie Scarlet: Oh man, that’s a tough one! I got the chance several weeks ago to shoot for Sons of Anarchy. I got to work with Charlie Hunnam and Tommy Flanagan; pretty surreal. I’m a huge fan of the show and Kurt Sutter so that was wonderful. 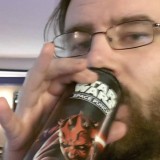